Southern Cross Health Society is approaching the end of its third year of savings after a transactional banking review conducted by Barrington in November 2016.

Historically Southern Cross had arranged its banking services at a group level. However, when Stefan Azzopardi, took on the role of Southern Cross Health Society’s new Chief Finance & Risk Officer, he felt that transactional banking rates and merchant service fees in particular were high. He asked Barrington Treasury to review all costs incurred across the Society’s payment and receipting channels to benchmark against current market rates. The resulting report quantified annual transactional banking fees in excess of $1 million and identified potential savings of several hundred thousand dollars per annum as well as internal process improvement initiatives.

“Southern Cross didn’t have the in-house expertise to conduct the review, so we decided to outsource the work to Barrington,” Stefan explains. “We’re a complex business with over 830,000 members, many paying fortnightly using cheques, direct debit and direct credit. It took one member of staff a week to gather the necessary data – fee schedules, interest rates paid on bank accounts, and data on transaction volumes across our various payment and receipting channels – to hand over to Barrington. Once the information had been packaged up, Barrington did the rest.”

Once the report had been delivered in early December, Stefan used the information to start internal discussions around the benefits of separating the banking relationship of the Health Society from the rest of the virtual group. Barrington advised that when treated as a stand-alone insurance entity, Southern Cross Health Society’s banking fees were set at a higher rate that those usually paid by an insurance business. The Health Society had an opportunity to access significantly lower fees and charges and better interest rates on its bank accounts.

“The report prepared by Barrington was both diligent and robust —it was instrumental in demonstrating potential benefits in terms of savings to the Board. We relied heavily on Barrington’s data and expertise. Benchmarking our rates against market enabled us to make informed decisions.”

The Board approved the Health Society’s proposal to separate its banking relationship from the wider group relationship and Stefan and his team decided to take their business out to tender. 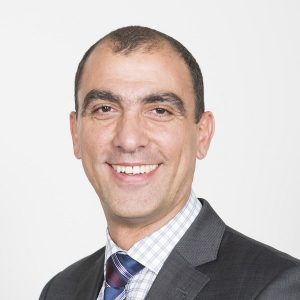 “It had been 15 years since we last went out to market. No-one in the business had direct knowledge or history of running a transactional banking RFP, so we went back to Barrington. Barrington had a clear understanding of the banking industry, counter parties and a good knowledge of what the market was doing. The report helped us to identify our target savings and gave us confidence that going to market was a worthwhile exercise.”

Potential annual savings justified the investment in man hours made by our procurement, management and legal teams to participate in the RFP. A ballpark estimate had us saving at least six times more every year than the cost of the RFP process to the business.

Southern Cross invited two new banks, as well as the incumbent, to take part in the RFP. “Traditionally RFPs tend to have an incumbent bias – the incumbent knows your business better and is better able to price your business as a consequence. We wanted to indicate that we were serious about the transactional banking RFP and create a level playing field between the incumbent and other parties.”

In order to facilitate this, Stefan invited the two other potential counter parties to spend a couple of days on-site with Southern Cross, giving them an opportunity to be exposed to the complexities of the business, ask questions and gain a thorough understanding of business needs. “This created real transparency and a much more level playing field,” explained Stefan.

Dean Sharrar and Nick Reeves from Barrington Treasury supported Southern Cross to set up the tender process, prepare the RFP documentation and also acted as part of the tender evaluation team.   Once the shortlist was down to two parties, Southern Cross requested another round of presentations focusing on the wider benefits offered by each bank. After a thorough process, Southern Cross Health Society re-engaged with the incumbent who ‘really came to the party’.

Having gone through this process with the support of Barrington Treasury, Stefan Azzopardi will be taking a different approach to the review of transactional banking rates at the end of the current contract term. “Rather than allowing the contract to automatically roll over, I’ll go to Barrington to get the latest market information and review our pricing against that benchmark. That way we can go back to the bank with the latest information to hand in order to discuss their offering.”

Contact Barrington to discuss a transactional banking review for your business.

Find out more about our transactional banking services.